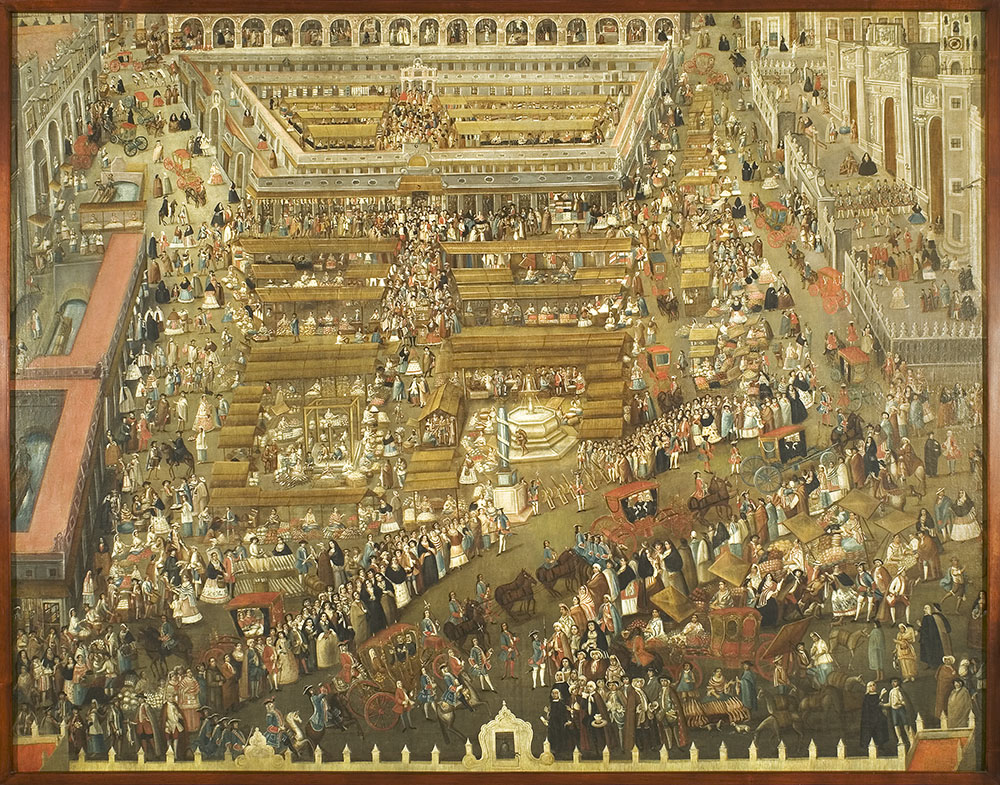 The facilities of the former Military College house objects and images that tell the history of Mexico from the time of the Conquest (1521) until the twentieth century. Its rooms cover the different periods that the country has lived through samples of daily life and the social, political, religious and military features that shaped it: 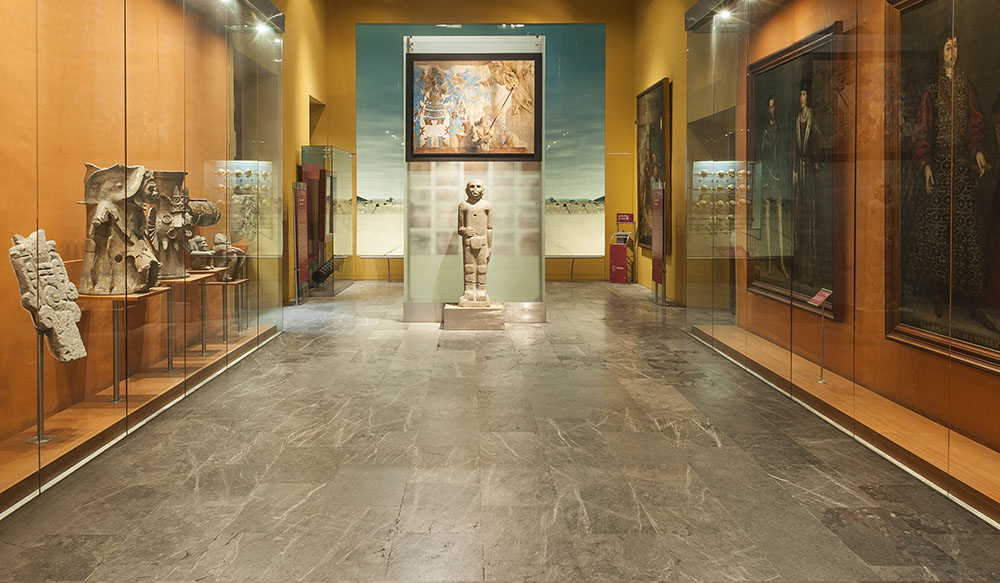 Separated by an ocean, the inhabitants of Europe and the continent that would later be called America did not meet until the end of the 15th century. In 1492 they entered into contact for the first time, marking the beginning of a new stage in world history. 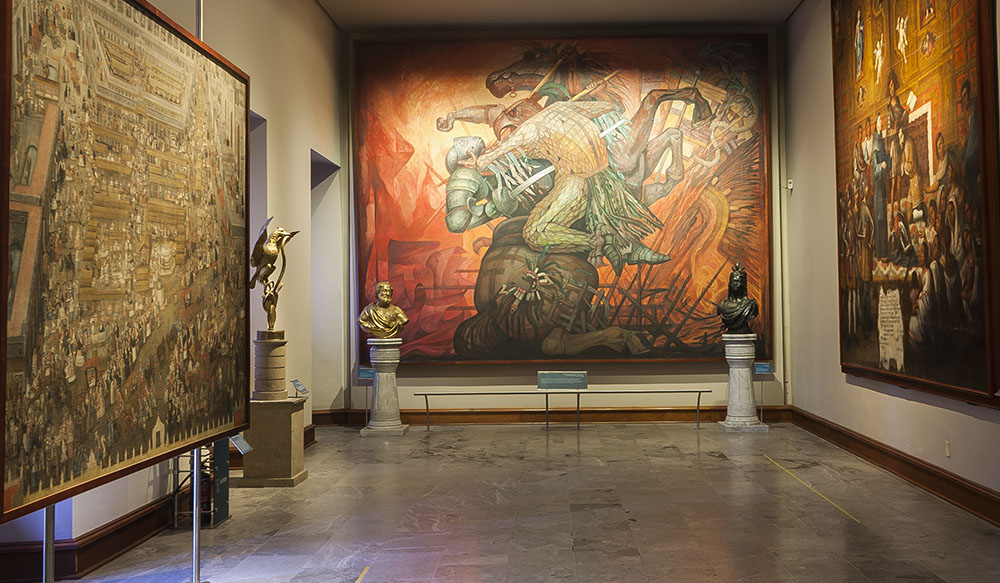 Throughout three centuries the foundations of a new town were molded: that of present-day Mexico. The indigenous, European, Asian and African elements were mixed to give life to a new multicultural and multi-ethnic society.

In these rooms, topics such as evangelization and missions are addressed; the ideas that in Europe caused the New World; the transformation of the territory, agriculture, mining and commerce; the changes that the illustration brought in America and the new political and economic measures that the Crown took during the last decades of the viceroyalty. 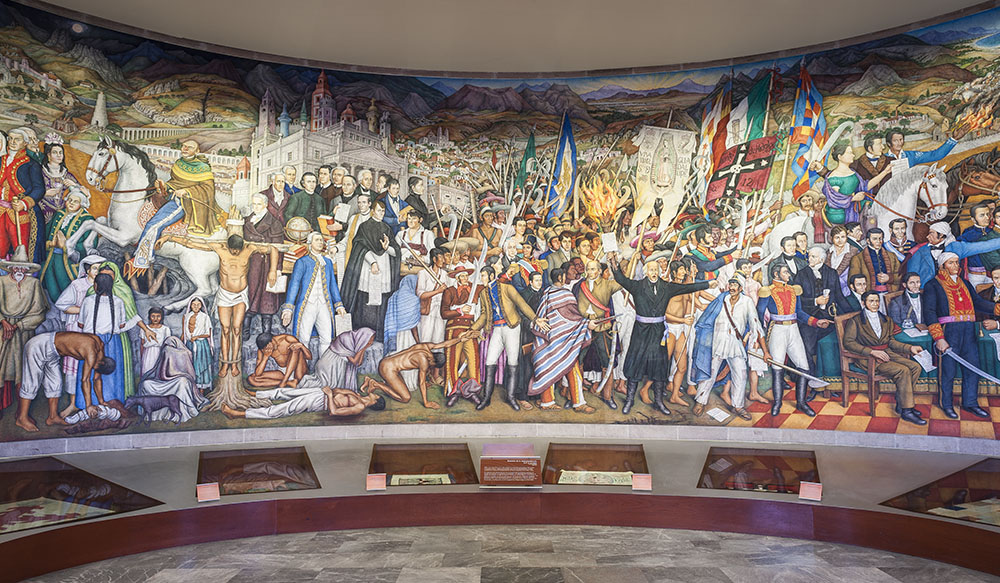 The emancipatory war can be divided into four major periods: the one with the greatest geographical insurgency, with Hidalgo's troops (1810-1811); the one of greater intensity, with Ignacio Lopez Rayón, Jose Maria Morelos and other heads (1811-1815); the one of decadence and fragmentation, with leaders like Guadalupe Victoria, Manuel Mier and Terán, Xavier Mina and his companions (1815-1819); and that of consummation, with the union of insurgents and realists in the Trigarante Army headed by Agustín de Iturbide and Vicente Guerrero, and with the adhesion of the people to the Plan of Iguala and the Treaties of Córdoba (1821).

This room includes episodes and phenomena that happened from the conspiracy boards and the call to take up arms, until the official declaration of independence; and exposes tactics and characters that stood out during the conflict. 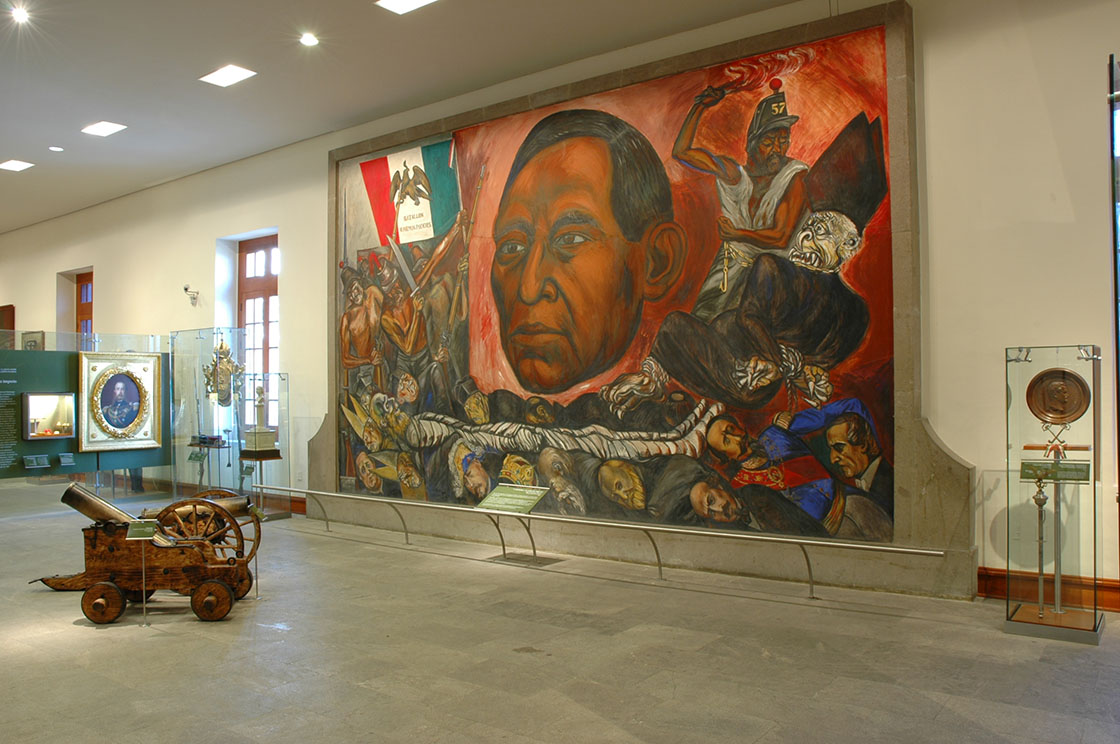 In these rooms there is a historical review of the different forms of government that were tested in Mexico during its first years of independence, and of the international conflicts in which it was involved. 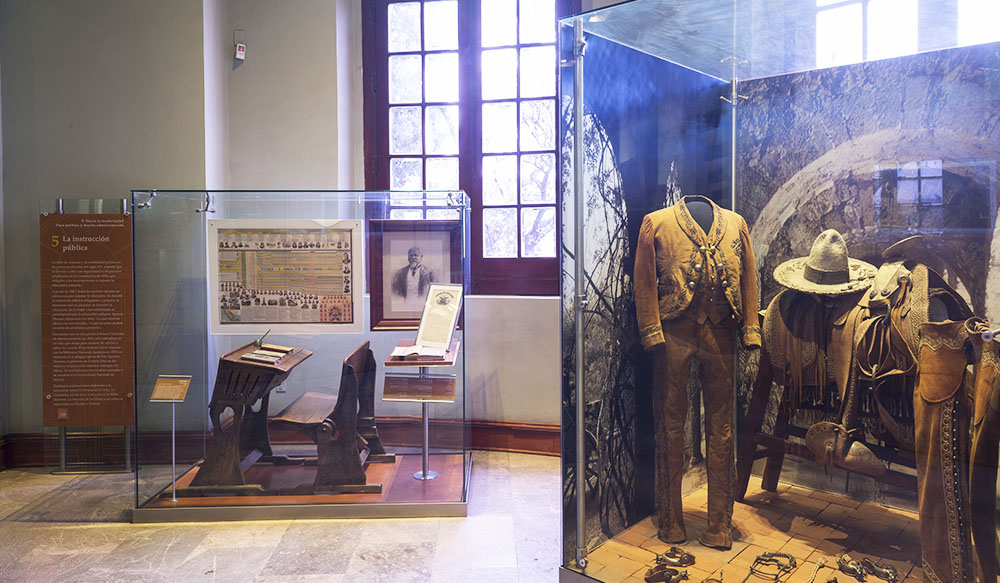 The liberal republican project triumphed over the second empire and was consolidated in the following decades, until it was questioned in 1910. Thanks to new laws and technical advances of the time, national political stability and a favorable international context , between 1890 and 1910 many factories, mines and haciendas enjoyed a hitherto unknown bonanza; security in capital investment was guaranteed, public finances were reordered and the first banks were founded.

These rooms are explored by the governments of Benito Juárez, Sebastián Lerdo de Tejada, Manuel González and Porfirio Díaz, and their consequences in the political life of the country. 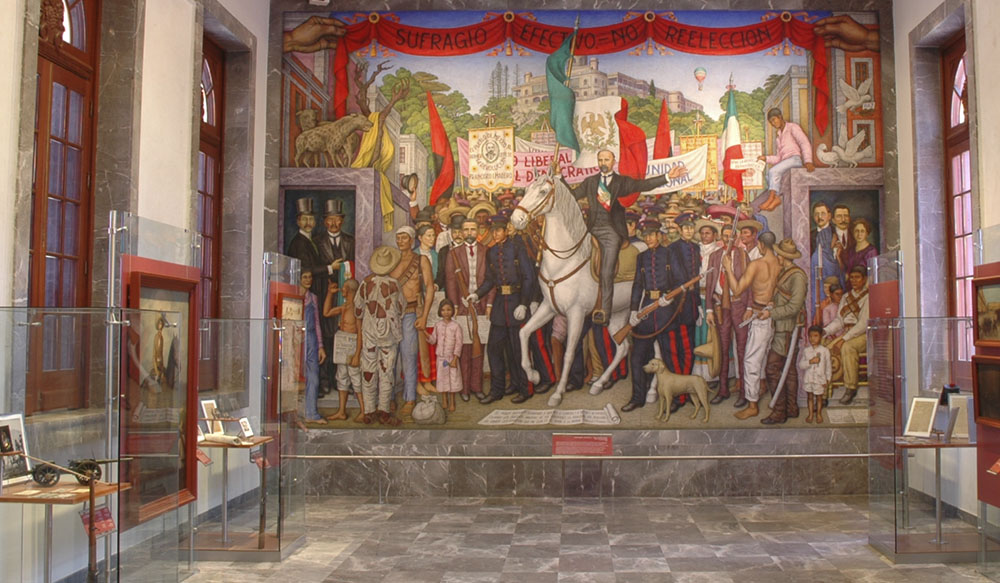 For many historians, the twentieth century in Mexico began in 1910. The new Constitution, proclaimed on February 5, 1917, would mark the political and social future of Mexico throughout the century. 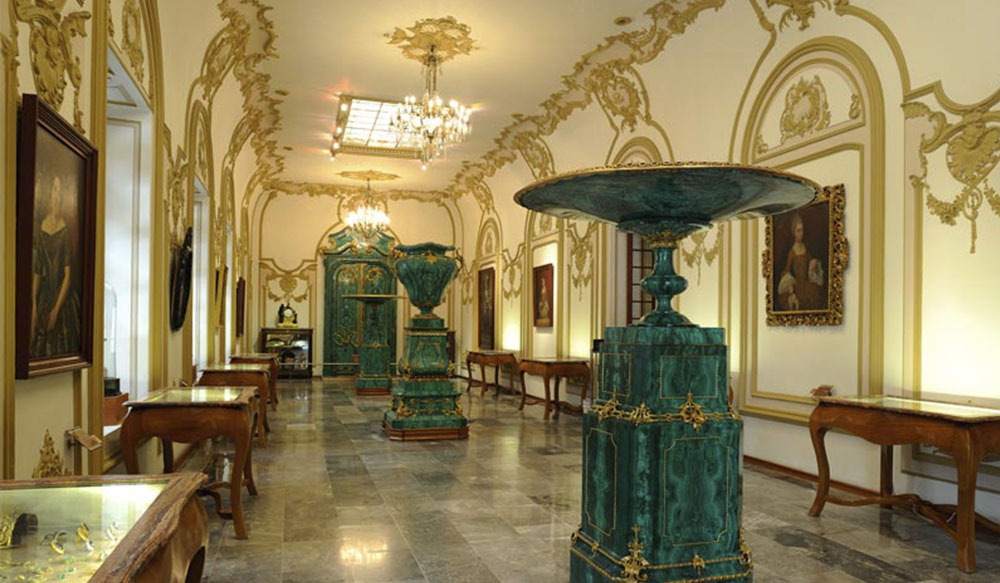 The goldsmiths and artists carried out works that adorned the homes and people of yesterday. This room is a sample of jewels and luxuries of the colonial and nineteenth centuries.

In New Spain, the viceroy directly represented the monarch. Next to the viceroy, the Real Audiencia was organized, an institution mainly responsible for judicial functions. Under his authority were the alcaldes mayores and the corregidores and, in the political base of towns and small cities, the cabildos were in charge of the local government.

This room is dedicated to the institution of the viceroyalty in New Spain.